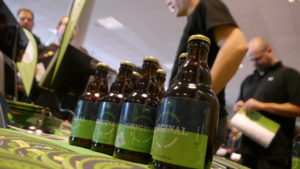 Interviews at the Free and Open Source developers meeting FOSDEM 2015 in Brussels.

A few interviews from the largest meeting of Free and Open Source Software developers, users and supporters in Brussels. I made this episode for Hacker Public Radio.

Free Software Law Expert Aaron Williamson held a brilliant talk on the history of internet surveillance in the USA at FOSDEM 2015. After the Paris terror attacks, many politicians want to increase surveillance. British Prime Minister David Cameron wants to read all our emails – even the encrypted ones. Is this the only answer to terror attacks? Aaron has a very strong opinion on this. 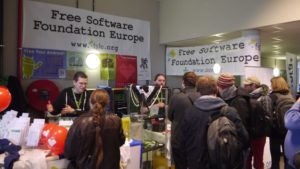 Matthias is the Vice President of the Free Software Foundation Europe. In our interview at Fosdem 2015, he explains the work and the goal of the foundation and how they do lobbying for Free Software in parliaments and government bodies.

A member of nos-ognions.net, which is part of the Tor project, explains about exit nodes, transparency and surveillance.