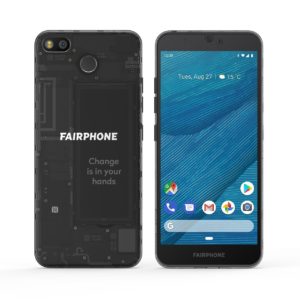 In this podcast I take a look at the Fairphone 3, a few months after its launch, share my first impressions, and take an outlook at free operating systems hopefully soon available for it.
The new Fairphone was announced in late August, supposed to ship mid-september, and finally arrived in mid-october in my mailbox. The Dutch company aims for recycling of materials, fair working conditions for the employees in the Taiwanese factory that produces it, and on the rare earths coming being mined in areas without war and without child labour.

The problem though: Currently the Fairphone 3 only works with Android 9 with the full Google Apps, which means Google is regularly looking over your shoulder when you use the phone.

Not great for privacy-aware users! We look at alternative OSes and when they may be ready for installing.

Background on the Fairphone philosophy:

TechCrunch Article on the Ethics behind the Fairphone

Where to look for alternative OSes:

(Lineage OS and Jolla do not have pages on the Fairphone 3 yet.)

… And a Tin-foil hat setup, if you really don’t want to be spied on by Google